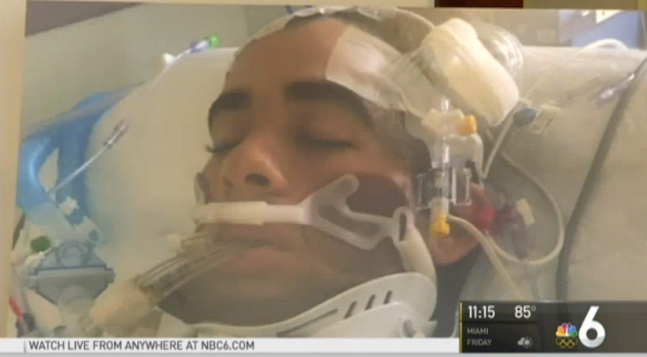 A night out in Brickell ended with 20 year old Eduardo Gonzalez admitted to Jackson Memorial Hospital on June 18th, he’s been there ever since. Investigators say Gonzalez was hit by a bouncer after asking him to leave several times. The bouncer told police Gonzalez got aggressive with him so he punched him causing him to fall and hit his head. The incident occurred at Rubi Lounge and now his mom is asking police to arrest the gentleman who assaulted her son.

To read more on this story please visit the WSVN website.